The 5:2 Diet is an eating strategy that fits well into the current hot trend of alternating between feasting and fasting which has been gaining in popularity for about three years now. This diet preaches that dieters can feast for five days every week, as long as the two remaining days are spent fasting.

This is supposed to help to improve overall health as well as the ability to properly manage weight.

The 5:2 Diet first took hold in the United States in 2013, after having already been popular in the U.K and much of the rest of Europe. That said, despite the fact that today’s celebrities are frequently hopping on board this next best weight loss technique, this isn’t actually anything new. In fact Plato, Aristotle and Martin Luther were each known to speak favorably of their fasting habits, which they maintained for a spectrum of different reasons on mental and physical levels.

The 5:2 Diet essentially allows you to eat as you’d like throughout five days of the week. The last two days are considered to be “fasting days” in which you are restricted to 25 percent of your daily recommended number of calories. For the average woman, that means about 500 calories and for the average man, it’s about 600 calories.

This diet has been greatly controversial. After all, one of the main rules that most doctors have been recommending for decades is that if someone wants to lose weight in a healthful way, then skipping meals and crash dieting can be the worst way to accomplish that goal. However, this diet strategy seems to encourage meal skipping and doesn’t seem to have any objections to crash dieting.

However, many supporters of this type of dieting say that it isn’t a matter of skipping meals and crash dieting all the time. Restrictions occur only on two days, which actually make it easier to be able to stay motivated and stick with it.

It is important to note that the long term effects of this kind of diet – intermittent fasting – have yet to be studied. Therefore, it is unknown as to whether or not it can lead to struggles with mental or physical health over time. Still, it has been speculated that aside from suffering from hunger pangs on fasting days, side effects that could occur could include bad breath, insomnia, irritability, dehydration, anxiety and daytime drowsiness.

If more traditional dieting and exercise is more your style for weight loss, but if you need an added advantage, fasting may not be the solution as long as you have a high quality diet pill such as TrimThin X700 to give you a hand.

* This article is for informational purposes only and not to be taken as medical advice. Always consult with your doctor before making any changes to your medications, supplements, diet, or exercise routine.

Tags: dieting
Previous post How to Get Lean Fast with FenFast 375 Next post Why You Should Never Go on Any Kind of Mono Diet 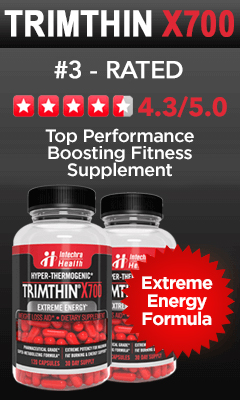